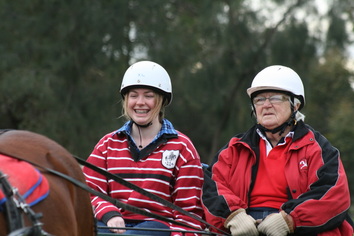 Carriage Driving began as a recognized activity in Wagga Wagga Centre in the late 1980’s. It is an alternate activity to riding for those people with a disability who are, for whatever reason unable to ride. At present we have 3
vehicles -2 built to RDANSW CD specifications i.e. wheelchair accessible 2 seater, and a wagon which seats 4 including a carer and the whip. We have 3 horses all standardbreds at present Jake, Wally and Saul.  Saul is at present turned out. The horse are accredited with RDANSW


There are 3 fully trained and accredited able-bodied drivers called ‘whips’. One trained  assistant whip. We also have a training program for anyone interested in becoming a whip. We also have volunteer helpers. Without whom we could not operate as CD is a very labor intensive activity with at least three helpers need per carriage.

CD is conducted on Monday and Wednesday mornings.

Because the difficult logistics of travelling to events with horses, vehicles, and volunteers as well as the drivers and Whips, in 2007 Jan Muspratt from Box Hill center introduced a State Carriage Driving Competition with various sections -dressage, turnout and a standardized cones course. The dressage is videoed and sent to a dressage judge, turnout is judged by photograph and the cones by timing on the course. The advantage of this Competition is that it can be done at Centres at any time during the year. It also gives Drivers and their Whips goals to strive for. In recent years barrels and bending races have been added to the list of events and higher dressage tests have been introduced for the more experienced drivers.  Tall Timbers, Raymond Terrace and Lower Hunter, Taree and Wagga have regularly competed in the Competition. 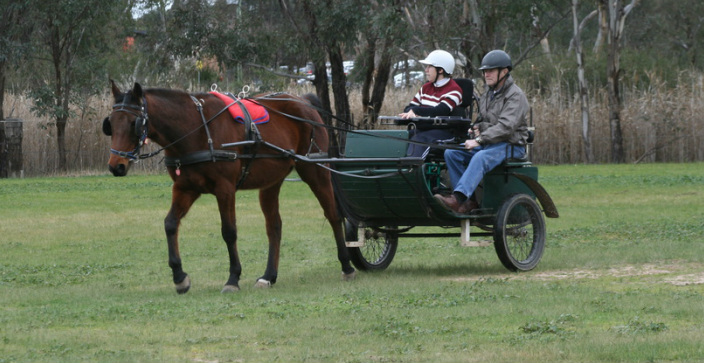 RDANSW has progressed over the 20 years into a recognized activity for those of our clients who are unable to ride or who want an alternative to the riding activities.

Carriage Driving as an RDA activity began in the late 1980’s as a result of work by Aileen Davies , Maureen
Turner, Brian Charleton and Dinah Lawrence.  In 1988, Wagga Wagga Centre was the first group accredited by Diana Lawrence, with 3 Whips (carriage driving coaches) , 2 ponies and a vehicle. Tall Timbers, and Raymond Terrace and Lower Hunter soon followed.

There are now 15 RDANSW CD Centres, many with more than one pony and each with at least one carriage. 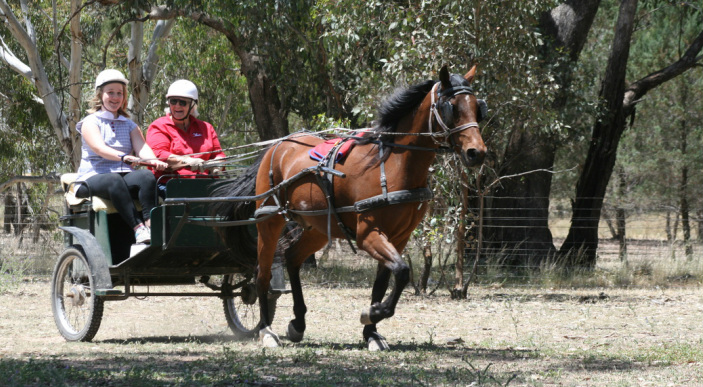 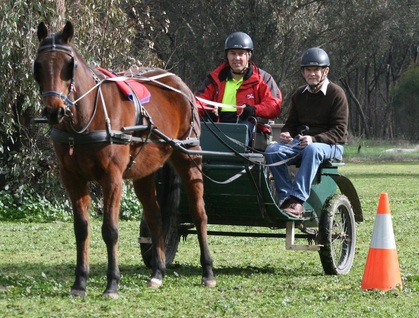 Wagga Wagga Centre now conducts two CD sessions a week. Sessions have a combination of drivers with a disability, those who are learning to drive and  those who are taken for a pleasure drive.

Our group of drivers with a disability including  severe, physically and intellectually to those who have a with a mild physical disability.

Our present driving partners are 2 Standardbreds. They are the latest in the line which has included a Shetland pony, a Palouse, several grey ponies including a champion, Silversheen, and the first accredited RDAA CD pony Ranger.

Our carriages were built by Laurie Richardson with assistance from Joe Hawkins.  David Royal is our major maintenance supervisor.

An open invitation is issued to anyone interested to contact your local RDANSW Centre and organise a visit. Our drivers always need encouragement to be the best they can be and what better encouragement than that from fellow sportsmen and women. 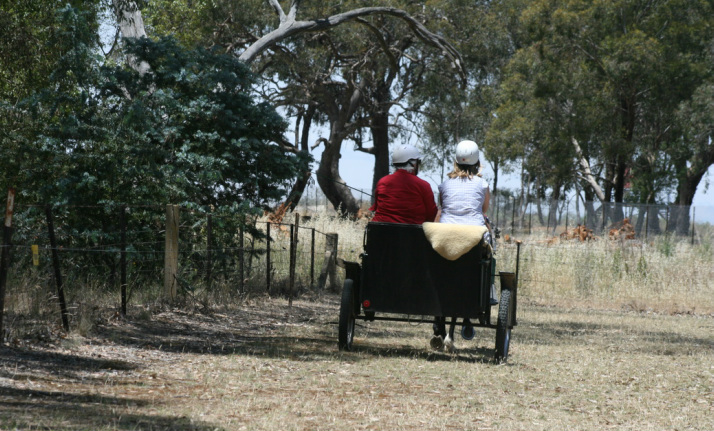